Traveling to Rome recently, my airplane which was supposed to land around midnight was late and we landed some time after one. So between one thirty and two in the morning, I found myself standing in an enormous line to wait for a taxi, a line that usually is pretty fast moving but now in the middle of the night it wasn’t. And new taxis were arriving  one at a time but slowly. People were trying for Ubers but couldn’t find any because in Rome, the airport is off limits for Uber. In fact taxi drivers have a near monopoly, with just a few exceptions such as cars (rented) with a driver which need to be reserved beforehand.

With a limited number of taxi licenses in Rome, the cost of those licenses is high. They are passed from father to son or bought like you’d buy a favourite piece of real estate, and it “has always been that way”. For more than a few decades, the Roman administration has been trying to liberalise the taxi licenses, to add more of them, but always with resistance of the taxi drivers. Finally Ubers coming in have led to more taxi strikes, resulting in Ubers not being allowed to pick up rides from the airport.

I am sure eventually the Romans will have to allow Ubers at the airport although far from being a real p2p ride service, it has become a commercial undertaking where drivers get little and the machine makes the bulk of the money. And there are voices that as soon as driverless cars become generally accepted, Uber is ready to replace its human drivers with soulless cars driven by an AI “brain”.

Instead of the ancient human monopoly battling the tech giants, I imagine a real p2p human “taxi” service, perhaps called “a friend”. A service that doesn’t have a business model, something that simply exists where one person contracts with another and where both have a reputation that precedes them and that persists on an internet layer that isn’t a corporate controlled server-based structure.

“Let me call a friend” would be the magic words that conjure up a ride for someone who is in need of it, at any time of the day, anywhere. You’d get signals of readiness, each with a detailed reputation tag. Choose one and voilà, your ride is coming.

The whole thing would run on an inherently un-censorable p2p network of internet overlay. An alternative to the highly regulated “official” transport scheme. Could it work? Could the dinosaurs of regulation capture defend themselves against a simple friend … or a whole tide of friends descending on what … an army of other friends who just want to get from one place to another without involving any bureaucracy?

People are already hard at work to build that p2p overlay of the internet, something that does not run on central servers but on people’s own computers. It’s called HOLO and for now, it is still in alpha development. It will come with its own currency backed by users’ computer time and storage capacity, and it will be a space for all kinds of neat p2p applications eventually including, I hope, a friendly taxi and Uber alternative.

Uber’s audacious plan to replace human drivers
Uber CEO Travis Kalanick is putting his faith in autonomous vehicle technology to the test in the streets of Pittsburgh within the next few weeks.
The ride-hailing service, whose $66 billion market value is larger than the economies of Iceland and Estonia combined, will begin offering customers in the Steel City access to specially equipped Volvo XC90 SUVs that will be “supervised” by humans in the driver’s seat.
https://www.cbsnews.com/news/ubers-audacious-plan-to-replace-human-drivers/

Holo is to cloud hosting what Airbnb was to hotels
anyone can become a host by turning their computer into a source of revenue, getting paid in HoloFuel for hosting peer-to-peer applications. By hosting P2P apps, you support a web that empowers your peers and communities.
https://holo.host

Why Holochain?
Because the world needs an upgrade
Holochain helps by creating an alternative to the dominant centralized systems of the Internet, protecting our ability to make our own choices, and giving trustworthy information we can act on. We call this ‘digital agency’, and we believe it will give us the power to face today’s complex problems, together.
https://www.holochain.org 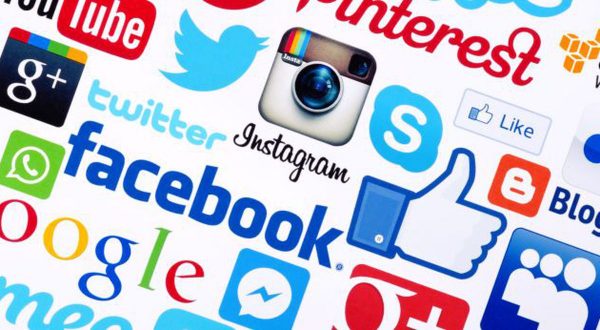 It has become abundantly clear in these times that the major social media platforms and search engines we use to get information and to communicate with our friends the world over, are less than transparent and that several of them actually engage in censorship of “unwelcome” views and information.

Since many of our interactions happen through these electronic means of communication, this is a less than satisfactory state of affairs. It actually constitutes serious interference in our freedom of expression and our ability to form views to express.

Censorship of views, the skewing of search results and deliberate deviation away from certain topics of discussion, have no place in a free society. I would therefore like to introduce a concept, a principle that needs to find its way into our legislation and perhaps more than that, into networking codes of practice. It is the concept of platform transparency.

What is platform transparency?