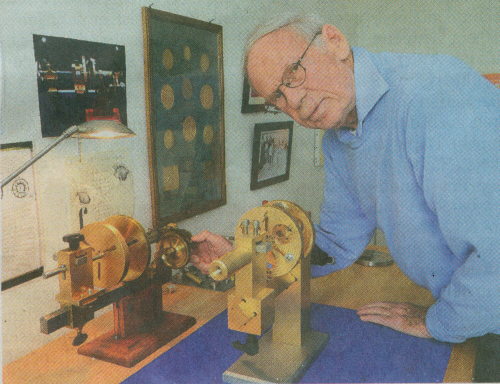 As it is, we are destroying life and leaving our planet in a deplorable state because of our technological choices.

Whenever a new invention is made that has military potential, it is secreted, kept from civilian use, and pressed into the service of warfare. How many good inventions have gone that way … too many to count.

Whenever an invention is made that could upset the investment apple cart, the same thing happens with slight variations. Instead of a secrecy order, an invention that would lessen our dependence on hydrocarbon fuels, is bought up by one of the corporations threatened by it, and is shelved never to be seen again. If the inventor does not sell out, he’s bound to meet an untimely death, his family is threatened as well. Happens all the time.

So practically all of our industry ends up polluting the air, the waters, the earth.

Our technology, by imposed choice, is in the service of death rather than life. Can we turn that situation around, can we put humankind’s inventive genius to work in the service of life? I believe we can. Choices are choices, we just have to make the right ones. What keeps us from making the right choices are questions of power, and if we look closely at human activity, that’s economic power.

Money, in other words, is a strong driving force keeping the situation in this way. There’s lots of money to be made in war. Petrochemicals are hugely profitable, think about plastics, energy and chemical agriculture, as well as pharmaceuticals. Synthetic chemical products are at the bottom of prohibition. Hemp was the unwanted competition to chemical fibres and pharmaceutical medicines in the 1920s and it has been effectively outlawed all over the world for a century. Du Pont could not see their nylon fibres taking over while hemp was cheap and plentiful. Pharma would never have grown to be the killing machine it has become if hemp continued to supply a universal medicine of many uses.

We could find solutions to pollution, to energy production, health, environmental degradation, even to our own seemingly ever worsening state as beings. What we do need to change, though, is the motivating factor not to do so. We must eliminate the de-motivating influence that is monetary gain. When money is no longer of value, we will find value in what we do, we will find it in our inventions, in beautiful things, in the arts, in life.

So how do we take the value out of money, how do we put money at the service of life-affirming choices, rather than of pollution, poverty and death. That is a question that has occupied my mind for some time now. I have come to think that the cure must be radical. We need to invent money that is not valuable, money that merely keeps track of our exchanges. Money should not be a precondition for an economic exchange, and it should not have a tendency to accumulate here or there.

What if we merely recorded what we give each other?

We could call that new money credits, because that is what we will be doing, giving each other credit. Credits will have to be a record keeping device, an accounting tool rather than something of value in and of itself.  The important thing is the economic interchange, not the money…