They say attack is the best defense. Once you start attacking, others will join. Keep that in mind…

I have written about AI before, first some years ago in a facebook note titled “I looked at the world and here is what I found” which identifies AI as the force responsible for the messed up situation in which humanity finds itself. Later on, I wrote another piece, “The Virus of Artificial Intelligence”, describing AI as a kind of virus, an anti-life force that is invading human life on earth. This piece however will turn things around, instead of AI being the active virus, it will be us humans that become the hunters, the active infiltrators of that – to most of us still imaginary – force, that is artificial intelligence or AI.

Ideally, we humans should be healthy and self-determined, economically well off, close to nature and busy improving our lives and those of others in our communities. We should have time to invest into improving our personal abilities including those spiritual (psy…) abilities that are today something of an exception, like telepathic communication, telekinesis, teleportation and the ability to freely access and perceive distant spaces, as well as past and future events and knowledge.

Far from that, we still have widespread poverty and increasing homelessness and we practically have lost our privacy and self-determination, at least with respect to health. For the technocrats who rule the day, we humans are seen as a mere resource, an object of impact investment, a populace they intend to make “be good” and behave. Through widespread testing, our DNA is no longer a private matter and is no doubt ending up in someone’s centralised database. So we have reason to complain.

The radio frequency radiation from our communications devices is predominantly in the microwave range, with an emphasis on 2.4 gigahertz (resonant frequency of water and therefore used in microwave ovens) and 60 gigahertz, the resonant frequency of oxygen widely used by the emerging 5G technology. The more sensitive among us, the canaries in the mine, are getting sick from the continuous onslaught. It appears that every “improvement” of radio and microwave technology has come with an uptick in illness.  Arthur Firstenberg has written about that in “The Invisible Rainbow”. . .

END_OF_DOCUMENT_TOKEN_TO_BE_REPLACED 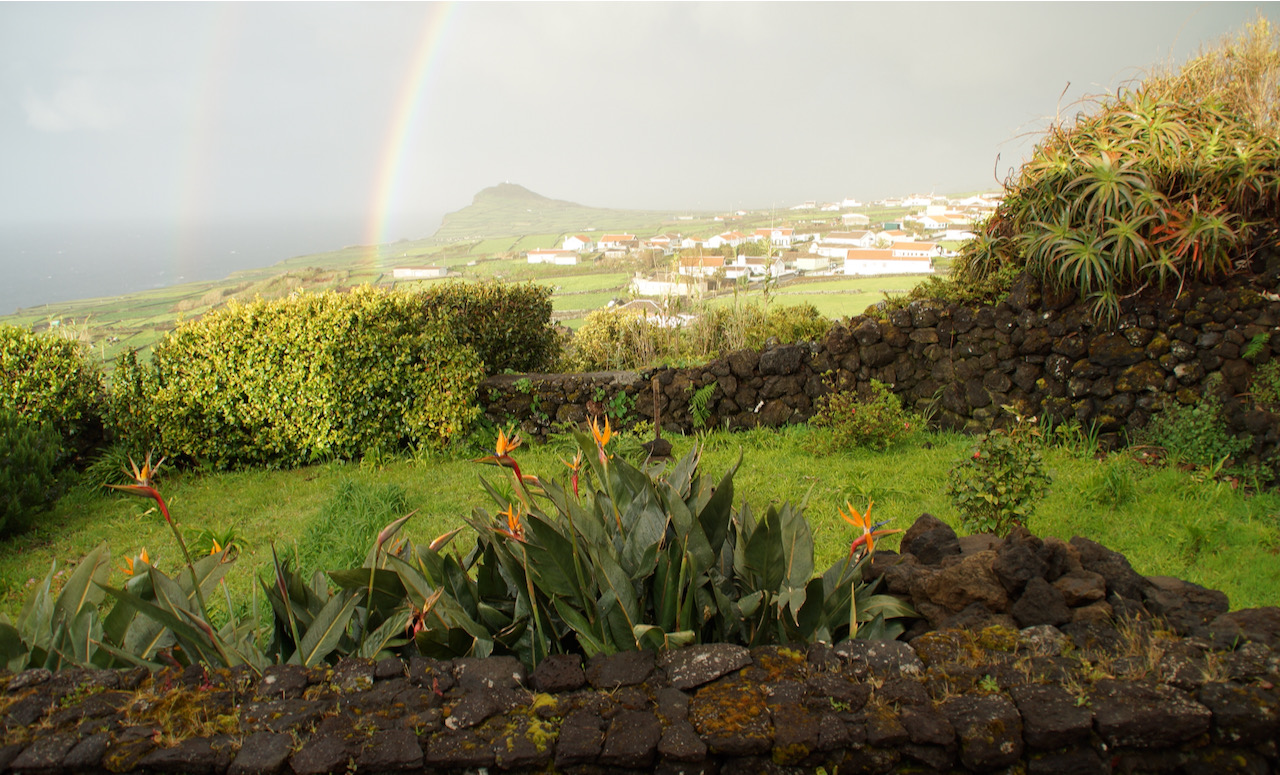 “What is the purpose of life?”

For there to have been made predictions galore about this period of clarification, of lifting of the veil, a lot must be hidden from our view, enough to make this a period of special interest for many, whether human or not.

Exposing the lies and filling in the omissions in our knowledge will be difficult to confront, if not traumatic for many. Perhaps I can somehow soften the blow by giving you a few hints as to what may be afoot and where to look to be prepared. These are my personal opinions, please don’t take them as statements of fact.

I have said before that, if you take the official story, the consensus view of reality, and you reverse that by 180 degrees, you will be right most of the time. We could almost say that all those views that have been termed “conspiracy theories” are turning out, more and more, to be the gospel truth.

Anyway, let’s not waste a lot of words. Here is my view of the areas we can expect to hear radically different stories about in the not too distant future: You may already be familiar with some of this to varying degrees…

END_OF_DOCUMENT_TOKEN_TO_BE_REPLACED 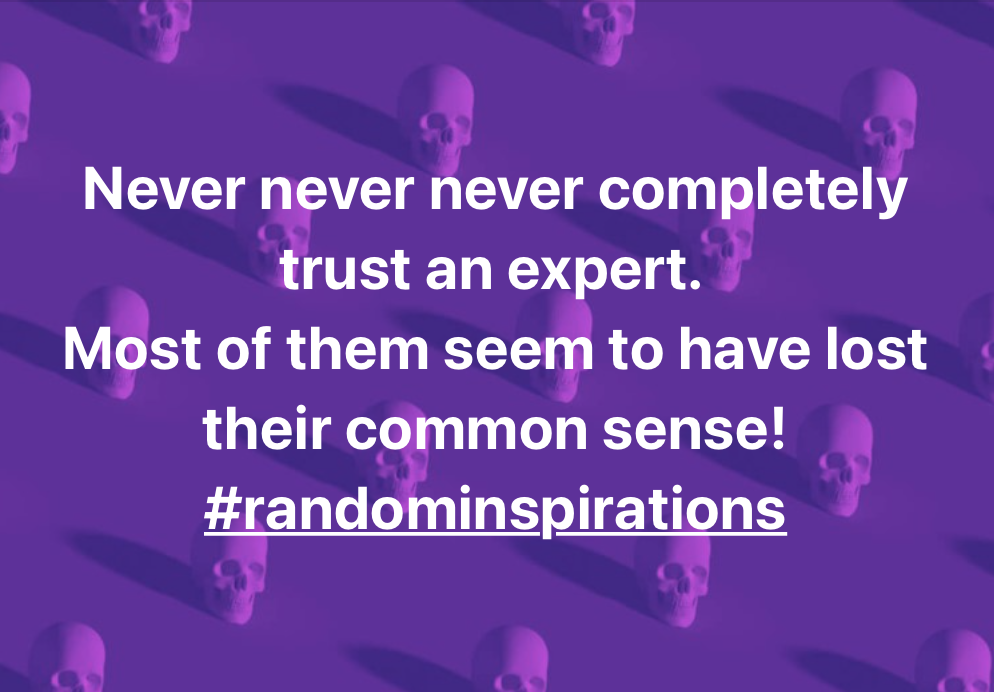 Never never never completely trust an expert.
Most of them seem to have lost their common sense!
Sepp Hasslberger
#randominspirations

While experts are good at doing a well defined complicated task, they usually are not good at much else.

Experts are specialists. They are needed to develop technological know-how and to overcome certain hurdles along the way of developing a technological society. What experts cannot do and should never be allowed to even attempt, is to govern other humans. They should not be allowed near any administrative or government function.

In the German language we have a perfect term that shows the limitations of experts. Normally an expert is called a “Fachmann”, someone who has deep knowledge of a certain area, but we also call them somewhat depreciatingly yet lovingly “Fachidioten”. A “Fachidiot” is someone who has studied a certain matter closely but who may very well be, and usually is, an idiot in most things that lay outside of his field of study.

The example of Covid-19

We see this in the incredibly stupid way the current covid ‘pandemic’ is being handled by our health experts. Their advice is to destroy national economies or rather to destroy the backbone of those economies, which are the small and medium sized businesses by closing them but not the large corporate mega stores. It is to wear masks that could not stop a dust particle, much less an airborne virus, and to stay home from work. it is to develop and roll out an experimental vaccine, a never-been-tried-before approach to genetically engineer humans. The idea is to inject them with RNA forcing the body to produce a certain protein thought to be part of that virus. The side effects of this experiment are still largely unknown as no long term studies of the “vaccines” have been undertaken. All of that to combat an illness that – without any treatment – has a survival rate of more than 99%, roughly comparable to that of the flu.

The outcome of those measures, possibly intended from the start, is to usher in a corporate controlled technocratic dictatorship, a dystopian society where humans will be a mere appendix of the machine, a resource to be managed. Technocracy or “rule by the experts” is a route that leads straight into disaster. Humans are not cogs in a machine, but cogs in a machine are all these experts can conceive of. So Technocracy and the Fourth Industrial Revolution of Klaus Schwab and company may be well meaning for humanity, but they are a sure way into dystopia. They envision a highly controlled society where the human individual counts for nothing. Life and all that is beautiful about it has no place in a technocratic future as planned for us by the governance “experts”…