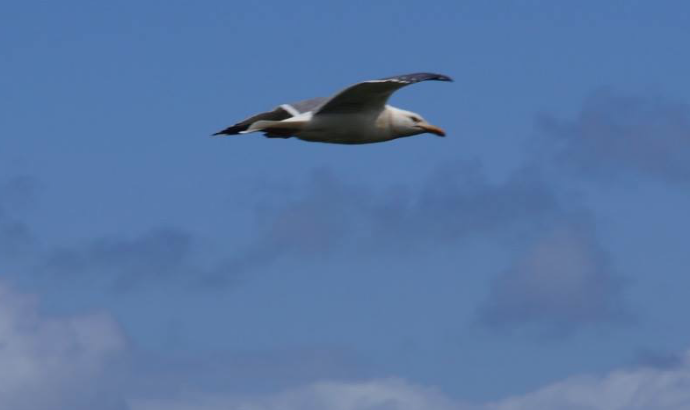 I was traveling yesterday. To get from Terceira island to Rome, I took an early flight out to Lisbon, and from there on to Rome. Got up at 4:30 in the morning to get to the airport in time. Although unusual for me to get up that early, it wasn’t as bad as I had imagined it. The flight itself was a wonderful experience. I had been unable to secure a ticket in economy class, so I put my hand in my pocket (figure of speech, it was all done with plastic money) and spent the money for a flight in business class. It cost me, but I am happy I did.

On both flights I had a row of seats for my self, and excellent service. Thanks TAP staff – you were great and your readiness to help much appreciated. Flying in Business gave me some time to think … time I usually don’t just take out of my day. And so I was daydreaming … imagining what the world will look like a few years hence. I would like to share the vision I had with you.

It was really full of life while I thought it up and I am not sure I can catch it all in this attempt at reconstruction, the recording may be imperfect. For sure the sequence isn’t the original one, but maybe you can get the idea anyway.

I think it started out with Economy, with how we see money, how money might change to not be such a coercive and determining factor in our lives any more. I see a basic oncome for all, regardless of their economic status. So basics are taken care of for everyone, and then we can work, do art, have a business or whatever to have more as needed. Money will be issued without having a debt at the other end, not by the banks but by a money issuing authority, so money needed for the economy as a whole will no longer be subject to continuous payment of interest. Speculation will also be a thing of the past, as any transaction of shares and other papers will pay a small tax, taking the advantage out of speculative transactions, especially out of electronic trading where values are bought and sold in millisecond intervals, hundreds of times a day. There won’t be any more tax on income. Possession will be taxed, not income. Money itself will be subject to negative interest, i.e. it will lose a small percentage with the passage of time, making sure there are no huge stores of accumulated money that just sit there idly attracting more of it to grow.

The first question that comes up when ideas of a universal basic income are put on the table is “where will all that money come from”. Ending all wars and converting armies to more useful civil protection type functions should do the trick. Major chunks of countries’ budgets so go to war related spending, and that will be freed up. Other major chunks of countries’ budgets go to payment of interest on debt. Those can also be avoided, once the issuance of money is converted over to debt-free money. Other savings will appear as we develop those ideas.

Energy is another big area where we will see deep changes. We have to de-commission all atomic power plants. It is no fun to sit on hundreds of toxic radiation time bombs, all waiting to blow (or rather melt down) as soon as there is no electricity available to cool them. There is a method of getting rid of the radioactive waste (the half burned fuel rods) by proton beam irradiation. This can recover a lot of energy, while handling the problem of having to store highly radioactive materials in containers that are guaranteed to fall apart with time, especially in the long time spans (thousands of years) required by the long half life radioactive elements. Other ways to accelerate the decay of radioactivity will appear as soon as we put our mind to the problem. We will also have to get off oil, coal and gas, the hydrocarbon type energy carriers we extract from the ground. They are too polluting to the environment. We get pollution during recovery (think of fracking and oil spills) as well as in the refining and the eventual burning of those fuels for energy.

“What will we substitute for that”, would be the obvious question many may ask.

Energy generation will be mainly fuelless. We already have renewable environmental energies to use like solar, wind and the flow of water, both in rivers and in the seas. Wind generators can become more efficient if we adopt different systems, water flows can be used to great advantage if we consider and start using the vortex dynamics inherent in the water’s flow. Hydrogen production will become interesting by disassociation of water with resonant frequencies requiring much less electricity than classical electrolysis. The resulting hydrogen or hydrogen/oxygen mix can replace many of our liquid and gaseous fuels. Permanent magnets will be used to drive generators of electricity without need for fuel. The energy inherent in space itself will be tapped with the use of electronics as already shown by Tesla and others in the first half of the last century. The limiting “laws of thermodynamics”, formulated in the age of the steam machine, will be consigned to history as a temporary aberration that has held us back for a century or more.

Transport will be revolutionised with individual air traffic. We are learning with drones what will eventually lead to people-transporting flying machines that take off and land on a back yard pad. Teleportation will be another added option, as well as long distance (interplanetary) wormhole travel. Both teleportation and wormholes have been used for decades in secret, black budget government programs and the technology will be made available for public use as soon as we-the-people can take back control of governments.

Health Care will be open to all options, including traditional forms of medicine, healing herbs and nutrients, energy healing, frequency and light, and other methodologies. As long as results can be shown, it will be available. No more exclusive “officially approved” kind of medicine but a free field, open to all modalities, all practiced and integrated and used in hospital settings and private practice. There will no longer be any coercive imposition of medical interventions like psychiatric drugging or vaccines. They will be available but no one can be forced against their will and no children can be vaccinated against the parents’ will. Individual freedom of choice.

Education will be free, meaning students get to study what they are interested in. Basic schooling will be available in public and private schools but can also be done at home by parents or an educator. Learning will be continuous, not just limited to the first years of life, and there will be plenty of opportunities to choose from.

The Media will be distributed and once again free to report on what is really happening.

Justice will be swift and fair for all. Corporations will be treated as individuals are today. If a crime is committed as a consequence of corporate policy or chain-of-command enforced action, the corporation will be co-responsible with the individuals involved. We will recognize that corporations, if they have rights, must also shoulder the responsibilities that come with them.

We will end pollution of the Environment. Plastic in the waterways and the oceans will be cleaned up, and in future, most plastic will be bio-degradable or recycled. Agricultural runoff into waterways and the use of poisons on crops will be a thing of the past. We will be planting trees in many of the marginal lands that allow for it, which will improve the natural water cycle and retention of water in the ground.

Agriculture will be working without poisons, and without cruel treatment of animals. It is a basic precept that agriculture must build the soil rather than degrade it. We will also find new food sources, such as algae, krill and plankton, things which are nutrient rich and can be cultivated with minimal impact on the environment.

And finally we will learn how to harness Artificial Intelligence for huanity’s benefit. We will figure out how best to use and how to limit the capabilities of comupterized artificial “life”. This may be one of the most difficult things to achieve but we must put our passion and capabilities into it. Our future as individuals and as a species depend on that.

Did I say I was daydreaming? Perhaps I was, but I could swear I saw the world shaping up in just that way…