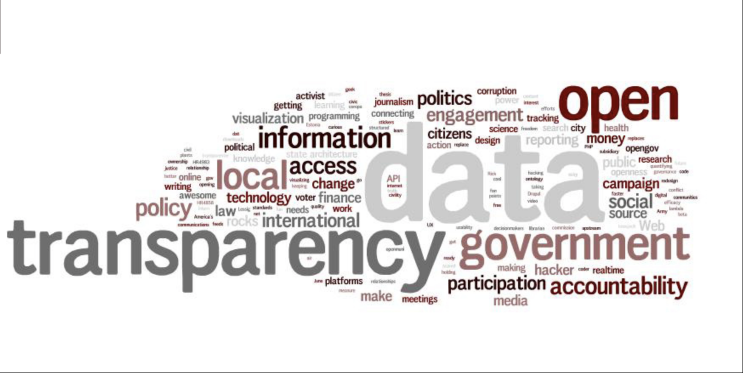 There is an information war in progress. Humanity and its understanding of the world are the target.

Now when I say information war, I mean it. There are serious distortions of reality, the world we perceive, and that war is being fought by an absolute genius. The mechanism employed is very simple. Certain versions of the facts are tagged as “misinformation”, a new term that has only recently been introduced, a very efficient weapon of war it is, too.

In the age of the internet, information travels fast. Transparency has acquired lightning speed. So the problem was: what to do about disinformation losing its power because of being exposed as soon as it appeared? Simple solution: name it! Call the exposure of disinformation “misinformation” implying that it is a lie just like the original disinformation. Now with censorship justified, it becomes a question of who controls the means of communication. Clearly, we the people are at a disadvantage here.

This has been in preparation for a while with information and ideas divided into “politically correct” and its opposite, which would be politically incorrect or not acceptable. Certain words you are not to say, certain concepts you are not supposed to contradict.

I remember wondering why the question of global warming or “climate change” as it has come to be called, was such a no-no to bring up. Perhaps that’s where it all started. There are formidable arguments both for and against the concept that humans, by their industrial activity, and specifically by their burning of hydrocarbon fuels for energy, are causing or at least are contributing to what has been called the “greenhouse effect”, i.e. the trapping of heat by atmospheric gases, leading to a change of climate, to a warming of the earth environment, but we are only supposed to talk about one side of that argument, the other is banned, it is termed “misinformation”.

It is perhaps significant in this context to note that the two major concepts that have been protected from being questioned using the “misinformation” label are the recent “pandemic” and the question of global warming/climate change.

Perhaps we should add a third one here, the concept that elections could be rigged to obtain a certain outcome. Now that goes directly to the heart of what we consider the bedrock of democratic society. The story of how electronic voting machines may have been hacked, deleting unwanted blocks of votes or even reversing them to another candidate and how through other shenanigans such as selective double and triple vote counting election results may have lost their basis in fact … no, that story you can’t talk about either.

People were and still are being censored in social networks run by big tech and in the media controlled by a few heavy hitting investors for merely talking about and questioning those non-approved concepts.

And to top it all off, it seems that in war both sides now censor any information coming out of the “other” side. How are we ever going to make up our mind in an information climate like this?

Slavery in the Information Age

Now the question is … where does all of this lead us?
I’d say we are going straight into self-imposed slavery.

If we accept the idea that there is information that is “approved” and therefore true, and information that does not get the stamp of approval and must therefore be censored, must not be brought to light, we have the beginning of an insane society, one where slavery is the same as freedom, a society that no longer thinks in terms of information, weighing what may be true and what may not be.

We have imposed concepts, limited concepts that may not be opposed because they are declared to be official truth, which means we have whole areas of life that are no longer critically examined, the very definition of insanity.

Now there are other important questions to ask.

I do have a suspicion as to the who, and it is not a human, not even a group of humans conspiring against the rest of us, as much as some of us would find comfort in that belief. The definitive answer to the question of ‘whodunnit’ may have to wait for more information to become available, but for now let’s just say we are looking for something non-human or super-human, hidden as it were behind a curtain … of disinformation.

Where will we end up if this goes unchecked? I am afraid we can only slip into slavery. We will be doing the bidding of who or what slants the information landscape, we’ll be the worker bees, the ants, the cyborgs in a hive … no longer allowed to have an independent thought of our own.

To escape that destination, we will have to take back our information sovereignty. We will, in other words, have to restore communication among ourselves, without any “politically correct” or “misinformation” caveats.

Information is information. Ideas are ideas. All information is welcome, all ideas are welcome. Let the differences be sorted out by each and every one of us, examining, deciding, and in turn communicating (or not) our conclusion.

Sanity depends very much on the ability to correctly assess information and to act accordingly.

This is true for both individuals and for society.

Sanity can only be achieved when all information is available to be assessed, without any imposition from the outside, be that by the media, government, or some non-human entity hidden from our view.

References
For most of my readers, it will be clear that censorship is actually happening and that it is a worrying trend that we should work to reverse, but anyway, here are a few links…

I created and administered a group on facebook called “Radical Transparency” but unfortunately much of the information correcting the “official” version on the pandemic and vaccines is labeled “misinformation”. So the group (1200 members) ran into censorship and was canceled without a word from Facebook.
Radical Transparency (a much smaller version) can now be found on the MeWe network.
https://mewe.com/group/61518fffd2d63b218851703f

YouTube has removed more than 30,000 misleading Covid-19 vaccination videos in the past five months, it said.
A YouTube spokeswoman said the videos contradicted vaccine information from the World Health Organization (WHO) or health authorities such as the NHS.
In October, it banned vaccine misinformation in a bid to clamp down on attempts to discredit the jabs.
It added that in the past year, it had removed more than 800,000 videos for coronavirus misinformation.
https://www.bbc.com/news/technology-56372184